Parcham - Journal of Ahmad Kasravi and His Followers
Dostępność: 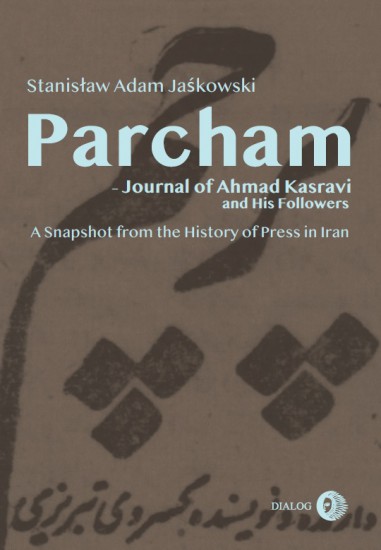 The Parcham bi-weekly, although continuing the tradition of Kasravi’s earlier journals, Peyman and the Parcham daily, and itself a predecessor of the Parcham weekly, holds a unique place among the journals of that intellectualist. The reason for this is that it marks the shift in his editorial efforts, from the more scholarly (as in Peyman) or general (in the daily Parcham) journalism to purely ideological one. […]

Another reason why this particular journal matters is the fact that it was published during an important period in the Iranian history, a period of great importance for the press of Iran. On one hand the rule of Reza Shah had just ended, giving some hopes for reestablishment of freedom of speech in the country; on the other, the Allied occupation and policies undertaken by subsequent ruling cabinets aimed at restricting the press; this intensified after the bread riots in the capital in December 1942. These restrictions were of two types: one used the prerogatives granted to the military by the martial law, while the other reformed the ‘civilian’ regulations regarding the press, so that they would be stricter, as the provisions of the military law proved to be not effective enough.

Stanisław Adam Jaśkowski is an assistant professor at the Faculty of Oriental Studies at the University of Warsaw. He received his PhD in literature from the University of Warsaw in 2015 based on his thesis Historian, Social Critic, Prophet – Ahmad Kasravi and his Struggle. His research interests focus on the modern and early modern history of Iran.

In the Archive of Memory. The Fate of Poles and Iranians in the Second World War